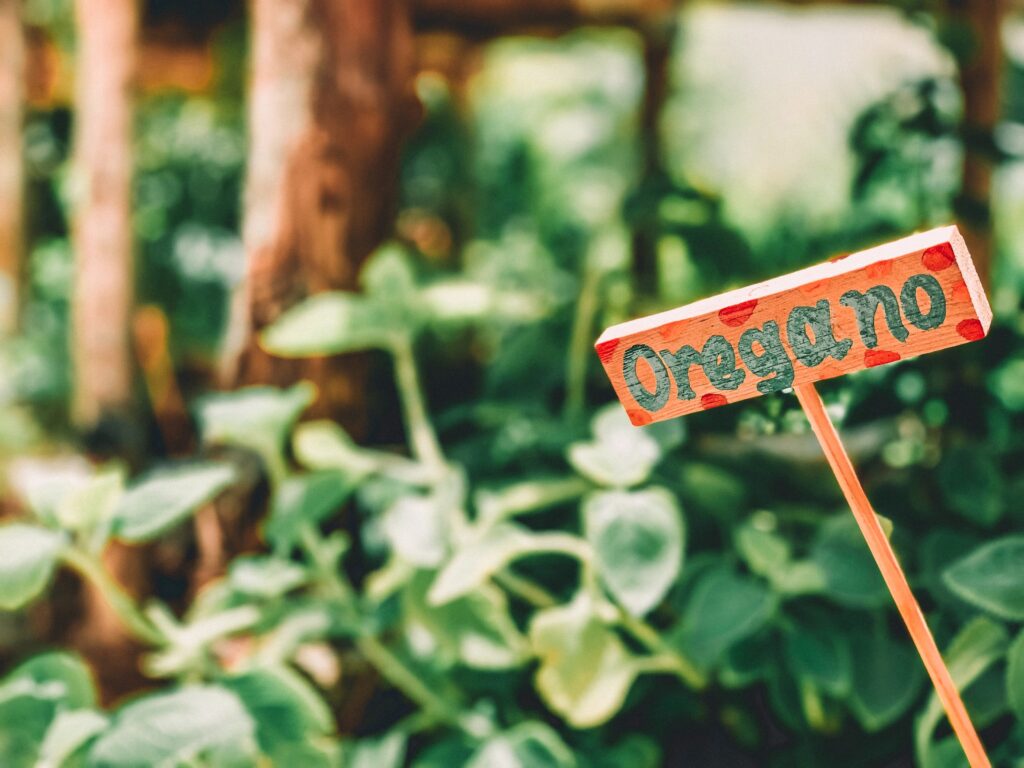 Food companies want to avoid major incidents, be more proactive and less reactive in their food risk mitigation actions. They also want to increase the amount of data that they can have access to, in order to be able to see around the corners and invest in the right preventive measures. Overall, they want to better allocate their mitigation resources, so that they can reduce investment in crisis investigation and product recalls.

Responding to this need, the digital crystal ball of FOODAKAI just published its newest food safety predictions about emerging safety and fraud issues that we should expect during the second half of the year. Key highlights include:

But, the question remains:

How much can we trust AI-generated food risk predictions?

We asked the opinion of Prof. Chris Elliott (Queen’s University of Belfast, UK)

In this webinar, Chris was joined by Neil Marshall and Giannis Stoitsis to discuss about these updated 2021 predictions, the value of enhancing existing risk mitigation & supplier performance systems with more AI-powered tools, and how predictive tools can be smoothly deployed within an organization and become part of a daily routine.

Here are my 5 key takeaways from their conversation.

(1) What should we expect during and after this summer?

Chris echoed on that: “We should expect breaking news about oregano during this summer“.

(2) Issues that may also pop up

The AI model forecasts emerging issues such as mineral oils in wine, lead in ground turmeric, fenbendazole in beef.

In herbs & spices, buyers should be carefully testing for:

Furthermore, let us keep an open eye for haloxyfop in sesame seeds, ethylene oxide in pork sausages, and hydroxymethylfurfural in honey. 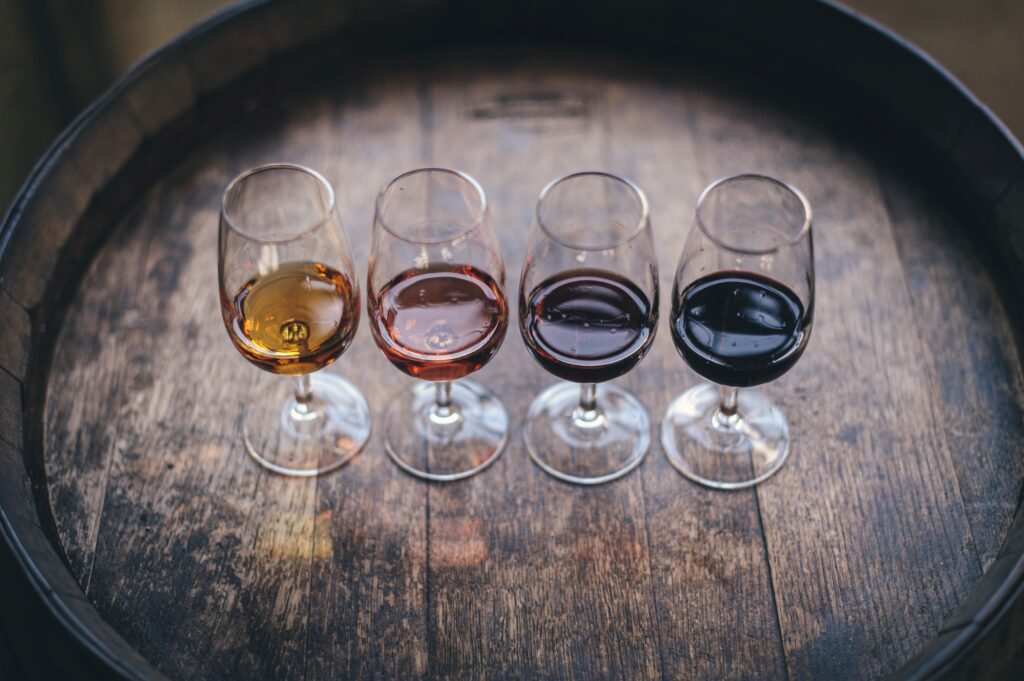 (Photo by Maksym Kaharlytskyi on Unsplash)

(3) Threats that official sources do not yet foresee

Increased existence of heavy metals in herbs & spices. Chris believes that this risk is very probable, due to a combination of accidental and intentional contamination: “Metals like lead often go into some spices to increase the color and therefore the perceived value, as the prices of herbs & spices are soaring now“.

More incidents of wine being adulterated with water. Chris commented that indeed he picked up an article about the increased fraud risk in wines and beverages due to the pandemic.

In terms of countries, both Chris and the AI model highlighted Turkey as a sourcing region to carefully look at during the next period, “…due to the amount of processing of herbs & spices that takes place there“.

China, Brazil and Mexico have been highlighted as regions to carefully monitor for emerging fraud as well. 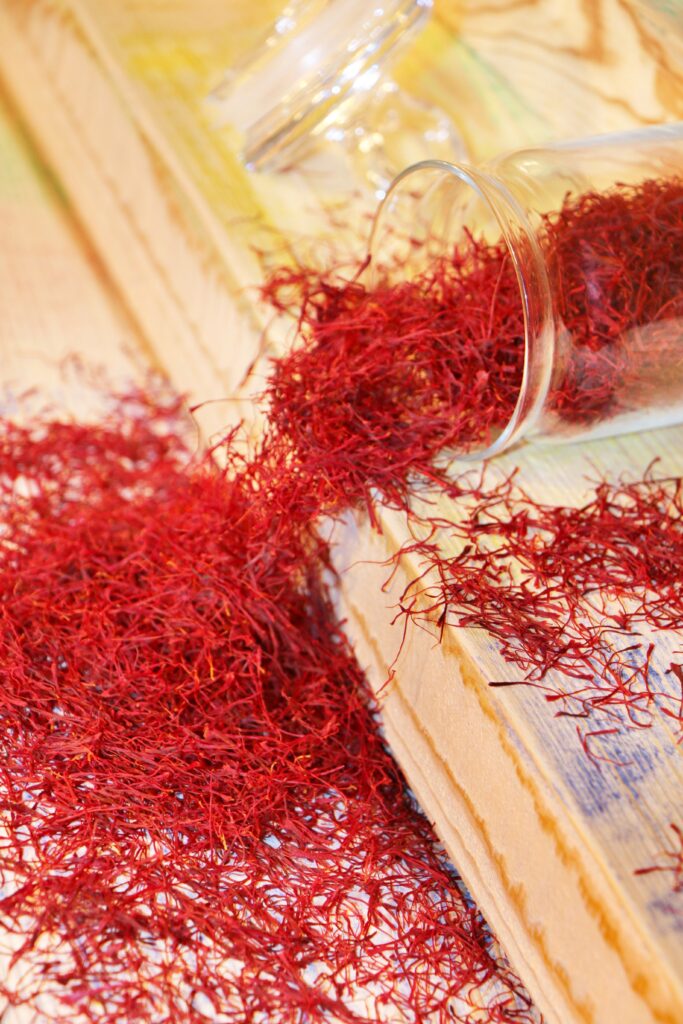 (Photo by Mohammad Amiri on Unsplash)

Chris mentions the case of an organized crime group that has been laundering illegal profits from substandard saffron labelled as Spanish. This is the story of Persian saffron that was smuggled in Spain, mixed with flower debris and mislabeled as saffron from La Mancha to benefit from higher price.

FOODAKAI predicts (and Chris agrees) massive issues there: “For the remainder of the year, we need to be very much aware of fraud in saffron”. 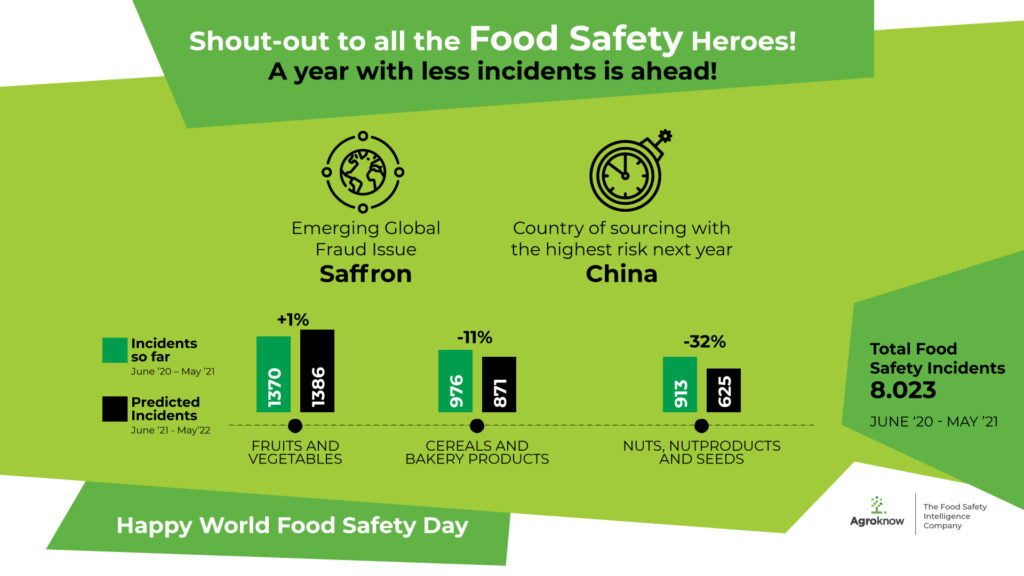 All three webinar speakers seemed to agree on one thing: food supply data is becoming more and more complex. The volume and complexity of food supply data to monitor and interpret are exponentially growing.

This goes along with the food system being under tremendous pressure and major transformation. The changing environment brings new types of food safety risks, such as the impact of climate change.

“This is a major opportunity, but also poses significant challenges: how can we access, process and use all this data to predict and prevent both current and future food safety risks?“