We Need to Talk About Lettuce 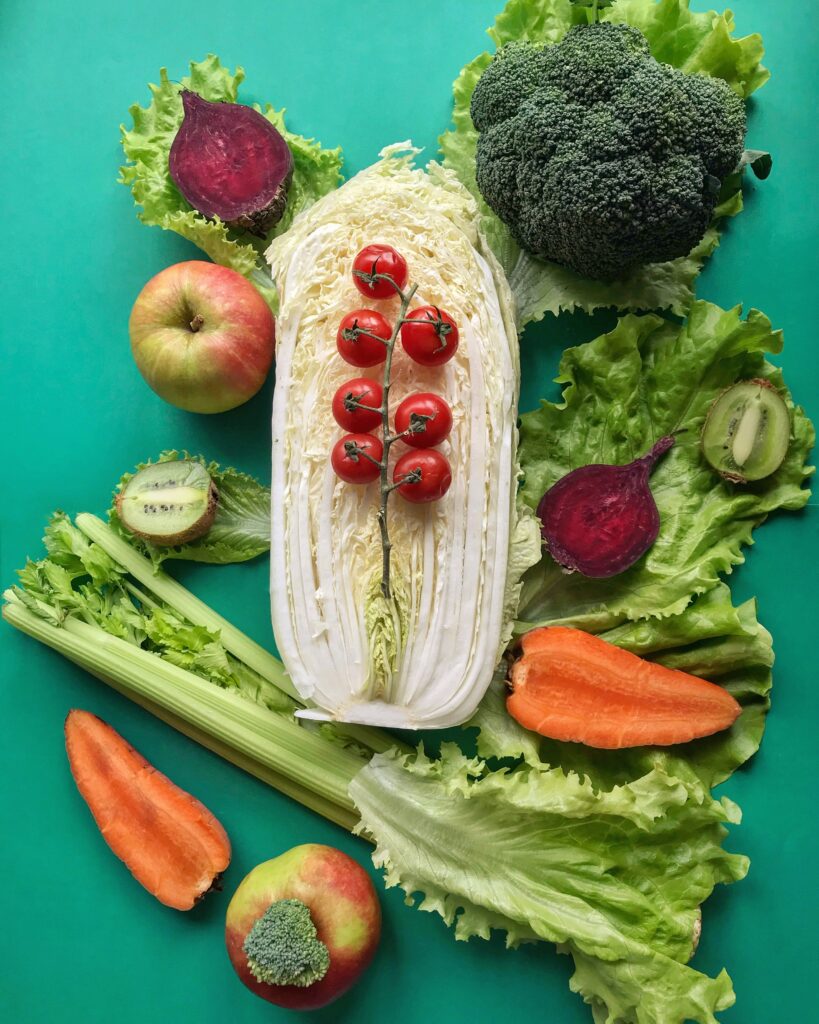 During the same time, a dedicated U.S. Food and Drug Administration (FDA) 2020 Leafy Greens Action Plan has been deployed, utilizing sophisticated technologies such as blockchain and machine learning to ensure that people don’t get sick from green salads.

A couple of weeks ago, colleagues from Wageningen Food Safety Research and other European institutes told us that they will include green vegetables in the priorities of an upcoming EU initiative that will apply AI on big data to detect emerging food risks.

What on earth is going on with our green salad? 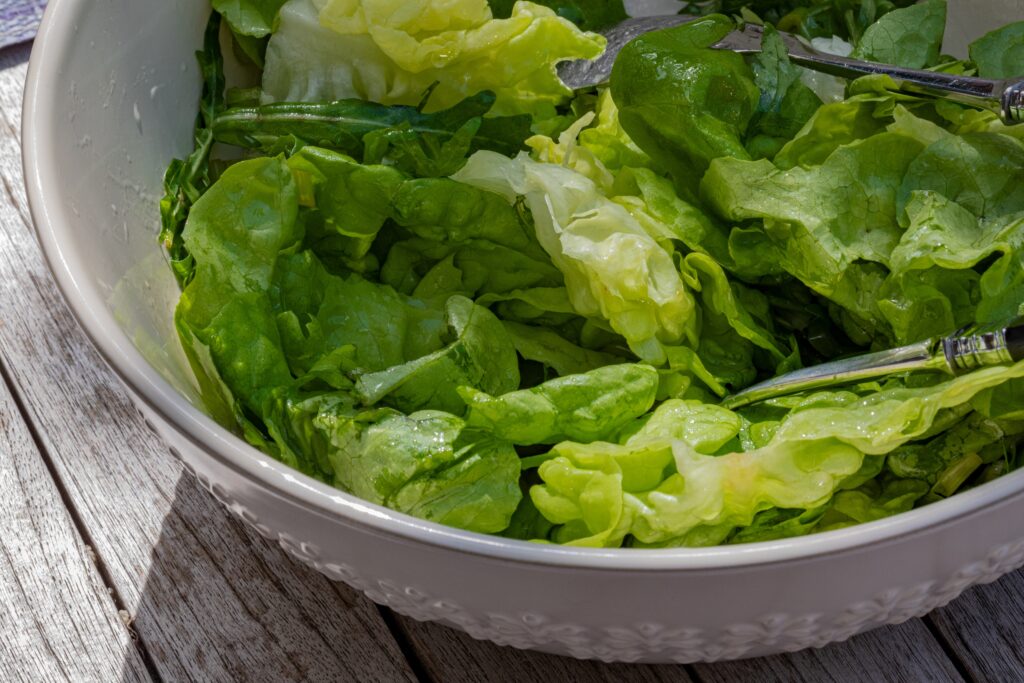 (Photo by Dim Hou on Unsplash)

A FoodSafetyTech article by Deane Falcone gave me an excellent introduction to the problem. According to Dean, popular leafy green vegetables (like lettuce or spinach) are an easy target for bacteria such as Escherichia coli (E. coli):

This CBC News story tries to explain in simple words what caused foodborne illnesses throughout North America. It highlights that between 2009 and 2018, the U.S. FDA and Centers for Disease Control and Prevention (CDC) say they identified 40 food-borne outbreaks of infections from this strain of E. coli in the U.S. with a confirmed or suspected link to leafy greens. The FDA says it is working to increase its understanding of how leafy greens become contaminated, and recent FDA reports suggest that cows near produce fields or water sources could be part of the problem.

It was interesting to read that one of the suspicious romaine lettuces came from a Santa Barbara (California) farm that may have had a contaminated water source. After investigating the incident, the FDA noted “extensive wild animal activity” and cited adjacent land use by nearby cattle and horses “may have had the potential to be reservoirs of E. coli O157: H7.”

Two questions came to my mind:

As you would imagine, I started looking into FOODAKAI for answers.

First, I investigated the countries that have been reporting most of the leafy green incidents during the past 20 years. Digging into data about incidents in Italy, France and Spain, I found that the majority of incidents was due to the existence of unauthorized pesticide residues. The U.S. case has been different: one may notice a spike in recalls during the the past couple of years, the majority of which is due to E.coli.

Then, I tried to understand if the right AI model could help us avoid such E. coli outbreaks.

As the FoodSafetyTech article states, E. coli incidents will likely remain prevalent because of the challenge of interrogating all irrigation water for large and widespread production fields. Once microbial contaminants are present on fresh leafy produce, their complete removal by washing cannot be guaranteed, and it is very difficult to monitor every plot of crops continuously.

Based on our experience, I would see two ways of using predictive analytics in this case.

One is focused on using AI models that may help initiate a rapid response to an emerging risk before its impact scales. Appropriate prediction algorithms (such as time-series ones) can immediately identify a rapid increase in illness or recall incidents at some part of the world. FOODAKAI’s Global Predictions Dashboard offers such a functionality, by flagging sudden increases in incidents that cannot be justified by seasonality or other variables in the historical data.

Food safety predictions about lettuce and salads in 2021 (source: FOODAKAI)

We are particularly looking for forecasts that foresee a rapid escalation of an issue in the months to follow. These are the early signals that can tell us with high confidence that appropriate preventive measures need to be taken. For example, the predictions for lettuce incidents during the next 12 months seem to be positive – still, the overall food safety incidents in salads are expected to be high.

The other way to take advantage of predictive analytics is by putting in place AI models that can provide mid- to long-term prediction of risks. Hans Marvin and Yamine Bouzembrak work on a systems’ approach for longer term hazard forecasting. Their first experimental results indicate that incorporating in the model macro-variables, such as climate conditions and agrochemical use, may predict food contamination levels with high accuracy. Such approaches may help foresee and prevent risks influenced by environmental and other factors – e.g. location of lettuce farms, consumption of agrochemical products in the area, and climate conditions. 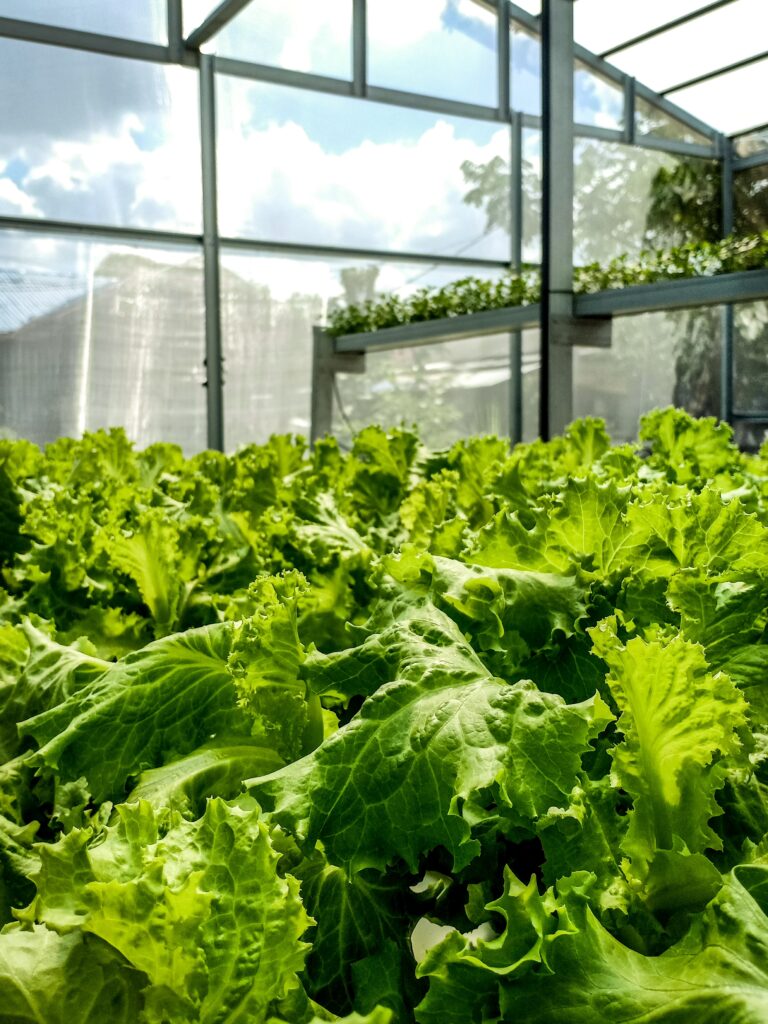 (Photo by Mutia Rahmah on Unsplash)

Both approaches are in line with the FDA’s Action Plan, in which machine learning and traceback investigation tools aim to leverage quantitative risk assessment to further support risk mitigation strategies.

In my view, it is important to look at such predictive solutions having in mind the operational decision making capabilities that they may offer. We should be looking beyond one-off prediction experiments that may reveal the root causes of foodborne illness. I believe that, the real value of such tools lies in their application in real-life decision making settings.

That is, digital crystal balls that will help us anticipate, and hopefully prevent, undesired risks on a daily basis.